← back to
Whirlwind Recordings
Get fresh music recommendations delivered to your inbox every Friday.
We've updated our Terms of Use. You can review the changes here.

'In The Chop House' - Album Trailer

In The Chop House 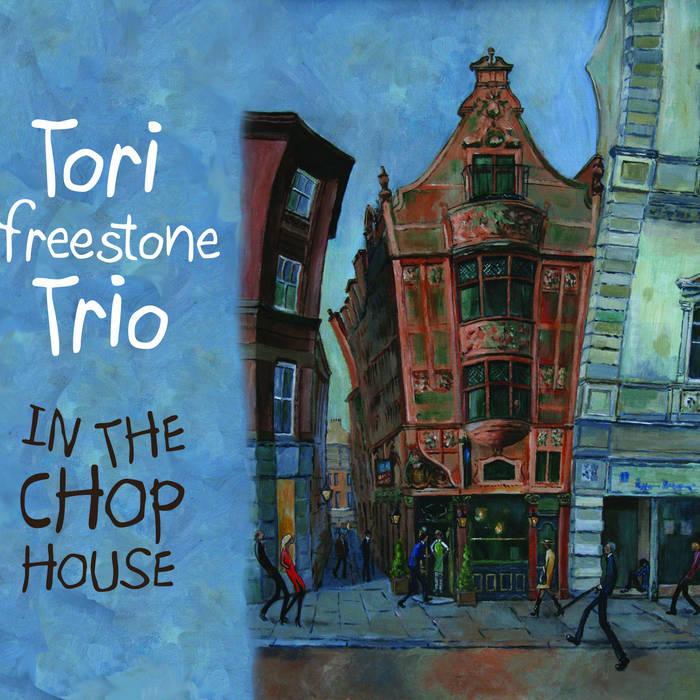 In The Chop House is the debut album from Tori Freestone, a saxophonist, flautist and violinist who has performed at the forefront of the British improvised music scene as both a side women and bandleader for over a decade. Her multi-faceted talents have seen her work as a core member with such diverse bands as the Ivo Neame Quintet/Octet, ‘Compassionate Dictatorship’ (her own co-led group with Jez Franks), Loop Collective’s Rory Simmons as well as artists such as the Cuban group ’Orquesta Timbala’, singer Brigitte Beraha, saxophonist Andy Sheppard and trumpeter Neil Yates.
Freestone's wealth of experience has shaped her playing and composing and this is evident on her debut. A robust tenor sound, melodic invention and a balance between wit and playfulness in her original material marks her music out, as well as a willingness to blur the lines between the written and improvised. Comprised of long-time musical associates in drummer Tim Giles and bassist Dave Manington, the trio has been developing Tori’s repertoire which explores the openness that the saxophone trio allows while taking inspiration from some of the non-chordal sax led trios of the moment. This group dynamic has culminated into a program of music that has been developed over the last few years which is now captured on her debut.

Freestone explains, “Most of the writing for my trio’s debut took place after my involvement in trumpeter/composer Neil Yates’ 'Surroundings' Project,’ which was a large ensemble that premiered at the Manchester Jazz Festival a few years back. Having the opportunity to renew old collaborations with such fantastic musicians compounded with Neil's beautiful writing inspired me to officially focus on my trio and in particular reconnect with my folk music roots and infuse this influence into my own compositions, which also draw inspiration from many of my favorite jazz instrumentalists and bands from around the world.

I’d been playing with Dave and Tim since meeting them at college in many different ensembles and formats, and, as well as being great friends, we’ve built a strong musical rapport over the years and at this point really know the intricacies of each other’s playing style. With this strong basis it’s been possible to use the material as a springboard to explore the open quality that this sparser trio format provides. We’re able to push our own boundaries, playing openly and freely while having the knowledge that we can rely on each other for some solidity and grounding at any given point. We’ve also taken inspiration from some of the non chord sax led trios past and present, such as Joe Henderson, the Seamus Blake - Marc Miralta trio, the Fly Trio and the Julian Arguelles trios to name a few. All of these experiences have shaped In The Chophouse, and the album itself was named after 'Mr Thomas's Chop House,’ the Victorian pub in Manchester near St Ann's Square where we would congregate after a day of rehearsals."

From moments of intensity and volume to passages of calm, folk-influenced soundscapes, In The Chop House showcases three experienced and eclectic musicians at their very best. Their approach to openness allows the music to dictate the proceedings which also invites the listener to take a role in the interpretation of the music. Freestone’s assent to solo artist has been a timed move, but one that has been certainly worth the wait.

"A recording that has real depth to it."
★★★★ Jazzwise Magazine

"Tori Freestone is a great communicator, and a there’s playfulness among the serious chops. The musicians have a strong rapport, honed since student days, and listening is pure pleasure- that delicious tenor sound."
London Jazz

"Dynamically canny set, which is sparingly hip-hop-driven, sometimes postboppishly twisting and sometimes Celtically folk-nuanced... Freestone has clearly listened widely, but her musicality and broad experiences have stirred all that input into an imposingly original sound."
★★★★ The Guardian

"Her interpretation of Gershwin’s 'But Not For Me' shows her sensitivity to melody, a strain that is clear in her own compositions and in her improvisations which have a strong narrative line and highly aware sense of structure and harmony."
The Jazz Breakfast

"In The Chop House is a noteworthy debut - technically impressive and delivered by a musician who's voice is mature, beautiful, refined and solid from years of honing her craft. This record is a modern jazz treat that will surely keep the purists happy."
The Girls Are Magazine

"Freestone's boldness is amply rewarded. She brings a pleasing freshness and invention to the music."
The Scotsman

"An album with much truth and artifice, Tori Freestone has been a tremendous surprise."
Zona de Jazz

"For In The Chop House her debut as leader, the saxophonist-composer explores the more exposed, harmonically open-ended format of the sax-bass-drums trio... Freestone is inventive, feinting and jabbing at themes and in often playful dance-like conversation with drums and bass."
★★★★ Jazzwise Magazine

"These three young jazz musicians draw so many elegant strings between melody and improvisation."
Sound & Image

"This is not your typical jazz album, but rather the fusions of free jazz, rock oriented elements, with harmony and discord going hand in hand. There is a significant British expression at work... A promising debut."
Musik an sich

"The trio trust each other's peculiarities and subtleties."
Melodiva

"Tori Freestone's debut was well worth the wait."
Medien Info

"Varied, edgy and lyrical at the same time."
Musikreviews Magazine

The Whirlwind Artist Page for saxohonist and composer Tori Freestone.

Bandcamp Daily  your guide to the world of Bandcamp

Frayle's Gwyn Strang and Sean Bilovecky join the show to talk about their cathartic new album.